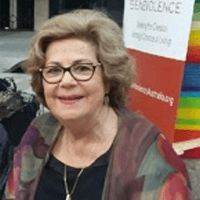 Rev Helen Summers was ordained an Interfaith Minister in November, 1997, in the Cathedral of St John the Divine in New York. After her return to Australia, she founded The Interfaith Centre of Melbourne in 2000.

Helen brings over twenty-five years’ experience in interfaith programs and interfaith ministry. She served as Chair of the Arts and Culture Committee and as a Board Member of the Parliament of the World’s Religions, held in 2009 in Melbourne. She is a member of the Multifaith Advisory Group (MAG) which represents the voice of Victoria’s faith leaders (25+) to the Victorian Government through the Multicultural Affairs and Social Cohesion (MASC) Division of the Department of Premier and Cabinet.

Helen volunteers as a Chaplain with the VCC: Emergencies Ministry and from 2017, is the Interfaith Chaplain at RMIT University Brunswick Campus.

In 2010, Helen was honoured as one of the 50 Interfaith Visionaries at the Temple of Understanding’s 50th Anniversary in New York for her work in arts and culture. Previous to her interfaith ministry, Helen lectured in English for Specific Purposes and language teaching methodologies at RMIT University. At the Sydney College of Advanced Education (SCAE) she was Head, Learning Assistance Centre and co-developed courses with the Centre for Aboriginal History and Culture. Later, Helen was an Assistant Professor in the School of Humanities, Bond University. Helen has a strong interest in the arts as a powerful medium for fostering understanding, respect and appreciation, between people of diverse religions and cultures. 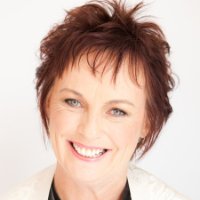 Rev Jennifer Greenham was ordained an Interfaith Minister at the Riverside Church in New York in 2009. She has recently been invited to join the Chaplaincy team at RMIT and will commence that work at their Brunswick Campus in 2015. Her other Chaplaincy roles include that of Volunteer Community Chaplain with The Victorian Council of Churches Emergencies Ministry. In addition, Jennifer is a registered Commonwealth Civil Marriage Celebrant. Prior to these ministry roles, Jennifer worked in the mental health sector in a variety of different roles and settings supporting people’s journey of recovery.

Jennifer has served on the Board of The Interfaith Centre of Melbourne since 2011 and offers consultancy and ceremonial services to couples of mixed faith origins. 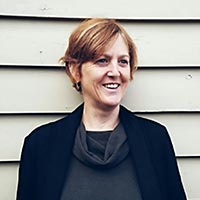 Cath brings to the Interfaith Centre a rich grounding in the practice and tradition of spiritual direction. As the co-director of the Living Well Centre for Christian Spirituality, Cath is immersed in the formation of directors. Cath is also a retreat leader, offering retreats, pilgrimages and workshops across the globe.

Cath is a proficient Celtic harpist, performing internationally to audiences who seek that meshing place between soul music and spirituality. Deeply informed through Celtic spirituality, Cath brings many riches to the work of The Interfaith Centre of Melbourne. 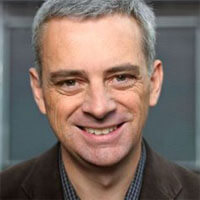 Brett is the founder and director of Epektasis, a social enterprise focused on nurturing the synergies between engaged spirituality, or sacred activism, and the pathways to a sustainable, just and prosperous future for all. Brett’s academic training is in science, theology, development studies and economics.

He has spent the last 25 years working on the interactions between economic development, climate change, energy, conflict and spirituality.
Brett worked for the aid agency World Vision for 15 years from 1995-2010, including four years coordinating World Vision International’s economic policy work and two years coordinating its climate change policy work. From 2010 to 2012 he lectured in complex systems approaches to economics at Monash University and was a lecturer in Deakin University’s Master of International and Community Development programme, where he taught economic development, microfinance, and aid and trade. He worked as Senior Economist with the Australian Conservation Foundation from 2012 to 2013 before founding Epektasis in 2014. 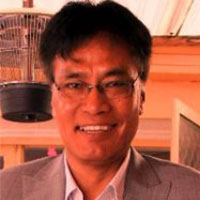 Dr Visier Sanyu Meyasetsu has been involved with the Interfaith movement for many years and was an advisor for the 2009 Parliament of the World’s Religions in Melbourne.

He has developed programs for Australians and refugees, from diverse cultures and faiths, to foster social cohesion. Visier has a special interest in producing concerts highlighting the many artistic talents of refugees. 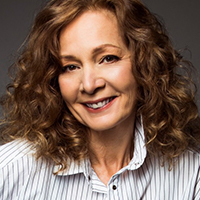 CiCi was ordained as an Interfaith Minister at the Riverside Church in New York in 2013.

In April 2005 CiCi founded a charity foundation with a volunteer committee. She was a Director of the ‘Stand By You’ cancer foundation for thirteen years providing funds to people living with cancer, their families and carers, for everyday needs when ill and unable to earn an income. 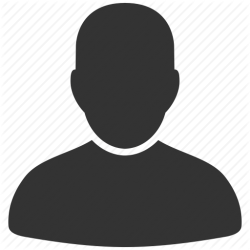 Pavan has had a keen interest in Spirituality from a young age. Through the tutelage of his Guru, Sathya Sai Baba, Pavan has explored the concept of Sanathana Dharma and Advaitha (non-dualism). During his B.Biomed at The University of Melbourne, Pavan studied a subject on the Holy Qu’ran.

Pavan is the co-founder and director of operations at Insaight Tutoring, a social enterprise aimed at funding educational projects around the world. Insaight works closely with The Embodiments of Love Academy (Lagos, Nigeria) run by Fr. Charles Ogada.

Pavan joined the board of The Interfaith Centre of Melbourne in 2014.