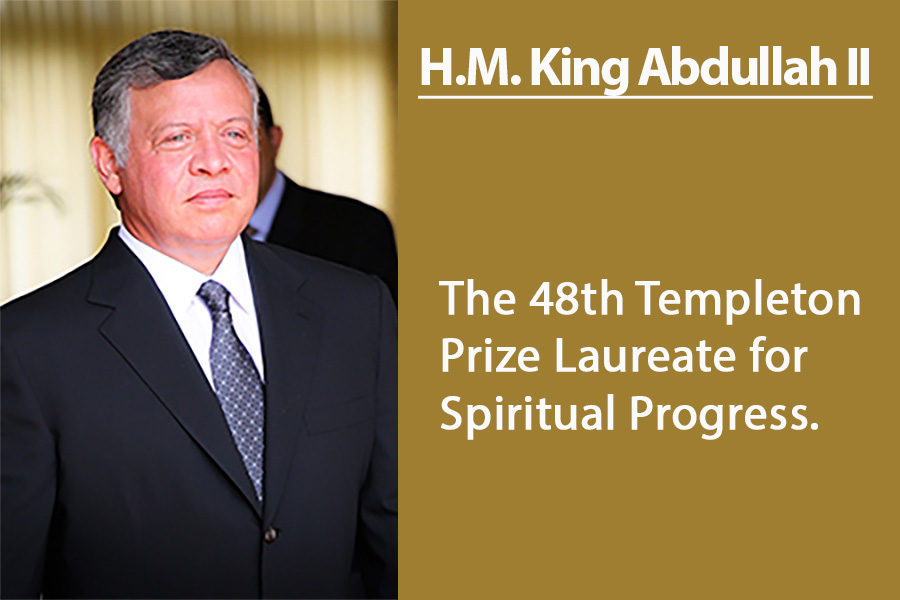 H.M. King Abdullah II of the Hashemite Kingdom of Jordan who has done more to seek religious harmony within Islam and between Islam and other religions than any other living political leader, was announced today as the 2018 Templeton Prize Laureate.  The Director and Board Members of The Interfaith Centre of Melbourne congratulate His Majesty and express our deepest appreciation for the interfaith projects he has initiated, inspiring millions of people.   In 2010, he proposed the annual UN World Interfaith Harmony Week  with a General Assembly resolution expanding the twin “love” commandments by adding “love of God or love of the good” to “love of one’s neighbor,” thus including all people of goodwill, with or without faith.

Adopted unanimously by the General Assembly, the resolution established the first week of February as UN World Interfaith Harmony Week to stress the moral imperative of promoting and understanding the values of peace inherent in all religions. It is generally acknowledged as the first and only time that the United Nations approved a resolution explicitly citing belief in God.